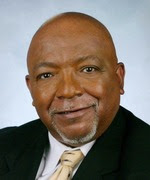 Pastor Miller is a native of Birmingham, Alabama. He was called into the gospel ministry in 1980 in Albany, N.Y. He retired from the U.S. Air Force in 1990 after 20 years of service. He is a graduate of St. Leo College, Tampa, Florida where he earned his B. A. degree in 1980; he completed a B. S. degree in Religious Studies from Wayland Baptist University in Honolulu, Hawaii in 1986. He completed his Masters of Divinity degree from Beeson Divinity School of Samford University in Birmingham, Alabama in 1995. He earned his Doctor of Ministry degree from New Orleans Baptist Theological Seminary, May 2011.

He has over 30 years in the ministry. He is sought after for his knowledge of the Word and his ability to assist Pastors in the areas of Church Growth, effective evangelism, Sunday School growth, financial growth, revivals, and community ministries. During his tenure as Director of the African American Ministries Division, Dr. Miller was responsible for giving leadership to the Florida Baptist Convention’s ministry to over 3 million African Americans living in Florida. He pastored churches in Utica, New York; Colorado Springs, Colorado; Birmingham, Alabama and Plant City, Florida.

In 2011 Dr. Miller was the first African American to be voted as Interim Pastor of Cedar Grove Baptist Church, Plant City (an all Anglo church) where he served until a Pastor was installed. In June 2011 he was the subject of a profile in the Florida Baptist Witness titled “Godly Men, Preaching to Every Tribe, Nation & Tongue.”

Dr. Miller is the President and Founder of M-Cubed – Maxie Miller Ministries, a Consulting firm designed to assist churches and leaders with their ministry needs. He is Adjunct Professor for The Baptist College of Florida in Graceville and an Adjunct Professor for Biblical Leadership Institute here in Plant City, Florida.